As best we can tell humans arrived in the Indus Valley, in Baluchistan, some 150,000 years ago. We know they flourished there, beside the Indus, which carried the nutrient-rich runoff from the Himalayan Peaks down the valley to feed the wildlife and to nurture the crops. We know, too, that humans moved on into India in the south, into Mesopotamia in the north, to Nepal, China, and up to the Baring Sea in the east. Many thousands of years before the valley of the Tigris and Euphrates the Indus valley was the cradle of mankind but, it was also the coffin in which most humans of that time were buried. Cataclysmic volcanoes, earthquakes and, with the coming of the Holocene Interglacial, the great floods, struck just 12,000 years ago destroying all, or nearly all, that came before.

BIRTH OF THE MATRIARCHY 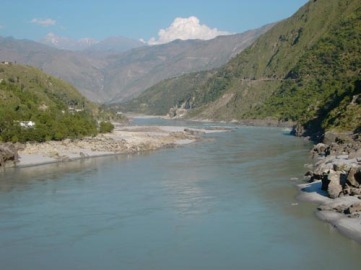 If what we know of human development during the 12,000 years since the debacles is to be our guide, that which took place in 138,000 years prior to that time must have been phenomenal and, if we took the time to look, we could find overwhelming evidence to say it was during that vast period of time we evolved from waring factions, fueled by egocentric alpha-males, into a benign society administered by women with phenomenal memories. It came about naturally in the routine business of birthing, growing, nurturing and dying. It was during those years that the brightest women learned the art of communicating with the child in the womb, and a few, only a very few, also learned how to pass their memories, and consequently their wisdom, to the next generation. The result was the emergence of an elite – a dynasty controlled by generations of informed females who ruled consensually, naturally, with no need for sophism. This Matriarchy mastered the use of sunlight and water for all their society’s needs. Solar energy was used not only to keep warm during those pre-interglacial years, but also to cook, to purify, weld, cut stone, and to cool, to freeze, and condition the air they breathed. With these skills humans could not only thrive wherever there was sunlight and water – they could enjoy long, pollution free, lives devoid of war and want.

After the cataclysm the few survivors returned to Darwinism – to the survival-of-the-fittest which worked. It worked then, as it had 200,000 years before, restoring a tiny, struggling, community to today’s teeming mass rapidly outstripping the planet’s ability to sustain it. A few, just a very few, females of The Matriarchy, also survive but their dominance has yet to emerge. It will – mankind will move away from the alpha-male society and return to the days of wisdom and longevity. This time we won’t have to wait 138,000 years – Fiona and her daughter Meira, are bringing it to us now.

This site uses Akismet to reduce spam. Learn how your comment data is processed.